At the beginning of February, MHPC went to Novant Main Hospital in Charlotte, North Carolina to provide hospital first receiver decontamination training. The first day provided both lecture and hands-on training while the second day served as a train the trainer class. Members of Novant’s Public Safety department attended the class to be the trainers for Novant’s decontamination team. The Public Safety team ranged from sworn officers to radiation technicians. The class instructors included Scott Hess from MHPC and subject matter expert Rick Bearden, from the Center for Domestic Preparedness. The class participants were from Novant’s Mecklenburg County facilities and Forsyth County Facilities. With the majority of the class being Public Safety, the emphasis was on the idea that they would be the front line protection to their respective facilities. They were taught about the various types of hazardous materials, how to perform decontamination triage, donning and doffing level C suits, use of PAPRs, and victim decontamination (including special populations and even service animals), so their facilities could care for the patients. 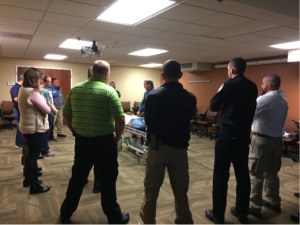 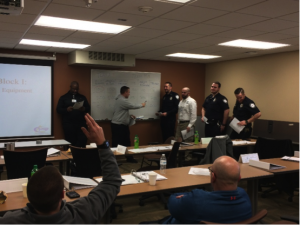 The second day of the class was an overview of what they had learned the previous day and new material on how to instruct their team mates at their corresponding facilities. They were given guidance in adult learning and pointers on how to engage their audience. The latter part of the second day was the opportunity for the class to take a section of what they had learned and teach it back to the class. They had subjects such as putting on the decontamination suits and taking the suits off, use of the PAPR, and hazardous materials knowledge. The class even took the teaching back portion to a new level and created a decontamination Jeopardy game for their team. 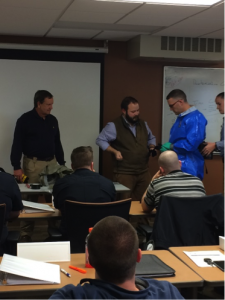 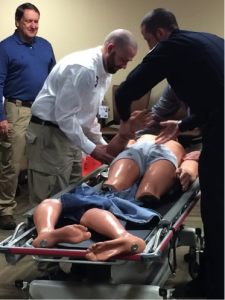