It has been a busy couple of weeks for the MHPC Medical Support Units.

From August 7th to August 16th, MSU 2 was on a planned deployment to Cleveland County to support Cleveland County EMS for their response to the American Legion World Series. CCEMS uses the MSU as a First Aid Location for the event, as well as a medical triage location in the event of a surge event during the games. CCEMS has utilized an MSU for this event for the last several years, and it has now become a standing deployment on the MHPC Calendar. 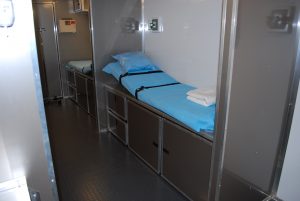 On August 8th Cabarrus EMS requested the emergent deployment of an MSU to support responder rehab at a tanker truck wreck that involved a large fuel spill clean-up. The MHPC leveraged its partnership with Union EMS, who now houses MSU 1, to have an on duty Supervisor put the unit on the road. MHPC also deployed Operations Coordinator Scott Hess to assist with set-up and operations. Unfortunately, a generator issues prevented the MSU from being as effective as we would have liked. It has since been corrected, and new testing plan is in place. 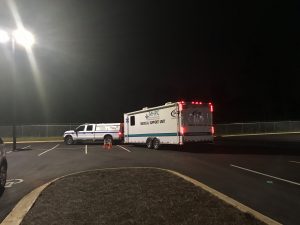 Catawba Co EMS contacted the MHPC on August 16th to request an MSU for the next day to help them respond to the Old Soldiers Reunion. At the last minute, the planned event received information that the crowds
would be larger than originally expected, and larger Public Safety response would be needed. The primary use of the MSU was for responder rehab. 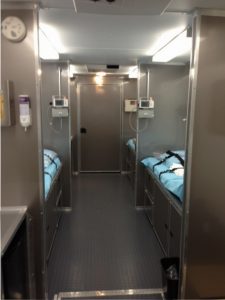 On the morning of August 19th, Union EMS advised the MHPC that they had deployed MSU 1 to Unionville for a large grain bin fire at the request of the Union Co Fire Marshalls office to provide responder rehab. At the time of the initial call, 5 Fire Departments were actively involved in battling the fire. Notification from EMS also triggered an MHPC Alerts message to be sent to other impacted stakeholders for situational awareness.

We also already have 3 planned event requests for the MSUs in September and October.

We are very thankful for the resources that we have on hand, and are committed to making sure they are available to support our partners during their planned and unplanned events that require responder rehab, or may present a surge of patients.